Electric cars – advantage or disadvantage? That’s the question. The electric car market has certainly exploded recently. But we won’t discuss the pros and cons here, instead, electric mobility in general.

For example, we know that sales of electric mobility scooters will reach $1.85 billion by 2027.

The history of electric mobility

The first electric vehicle was unveiled to the public in 1881. In 1893, French engineer Charles Jeantaud founded the company “Jeantaud” – the world’s first electric car manufacturer. It was a time when the first speed records were set.

It seems unbelievable, but in 1899 we already had the first electric car “Jeantaud”, with a range of 140 km without charging. A year later it was 262 kilometres, until in 1901 an electric car from the “Compagnie Parisienne des Voitures Électriques Système Kriéger” managed 307 kilometres on a single charge.

By the end of the 19 th century, about 40% of American cars were electric. That amounts to around 35,000 registered vehicles. Far fewer than today. As of 2019, there were 284.5 million vehicles registered in the United States, of which less than 1% were electric.

It’s interesting that we’re basically seeing a return to the original concept of the car in recent years: electric. This is in the context of a 55-year hiatus between 1915 and 1970 when, as oil prices fell and technology improved, internal combustion cars became the norm and electric motors wer e forgotten.

By the 1970s, oil prices rose and in the 1980s case studies emerged proving that smog in cities like Los Angeles originates from car emissions. So, interest in electric vehicles gradually returned.

Some might rightly argue that as renewable energy production increases, it is better for the environment to reduce the production of petrol and diesel cars. Incidentally, the European commission has made it clear that from 2035 all new cars must have zero emissions.

On the other hand, there are those who believe that electric cars pollute more than conventional cars. That’s because of the lithium-ion battery. They say that the pollution footprint of both electric car production and recycling is much bigger although this will decrease if made in countries with more green electricity sources, and their negative environmental impact overall is thought to be much less than cars relying on oil refineries. We won’t debate that here, but we stick to the view that the purpose of electric cars isn’t just to reduce pollution, but much more.

For example, consider how much good an electric mobility scooter can do for adults or the elderly. Suddenly a person who has difficulty getting around will have more freedom of movement. An electric wheelchair is a real help for a disabled person.

The infrastructure for electric cars is very well developed all over the world, except in third world countries. There are charging stations all over Europe, America and developed countries in Asia and Africa.

Energy companies offer 100% renewable energy. Green energy storage is no longer a problem in the 21st century. More and more people have their own rooftop solar panels or use wind turbines to cover their energy consumption. Businesses are being encouraged to buy the plant they need to be energy self-sufficient. Governments subsidise the purchase of electric cars, while municipalities even buy electric buses for rural areas.

We have fast electric scooters, like the Ola S1 Pro with a range of up to 181 km. In India, this company, Ola Electric, has installed charging stations all over the place that notify their smart scooter users that their charge has reached 100% through notifications on their phone.

Many companies are marketing themselves with campaigns calling electric vehicles a “revolution”, although few know it’s not a new trend. In fact, electric mobility was at the origin of movement and displacement. What we call a revolution today is nothing more than a return to the past, to the very first prototype car. As they say, nothing we experience is new, everything has been experienced by others in the past.

The future of electric mobility is bright

EVBox is an electric vehicle charging solutions company that YTranslations has been working with since 2016. Since then, we have completed 43 projects with 17 language pairs.

With more and more companies, organisations and governments around the world aiming to eliminate oil-based cars globally, this trend seems unstoppable. Bold targets to put billions of electric vehicles on the road are starting to get closer to completion. What’s to stop this wave? Have your say in the comments. 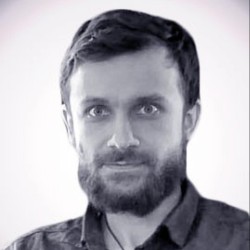